She was always coming up with crazy ideas, but this was the one that was going to get us all killed. And when I say, 'all,' I mean all of us. Every last living thing on the planet.

It started one evening while we were all sitting around the fire pit, like every other summer Saturday, when Jack said, "Give us an Izzy Idea."

Isabel is the wild card of our group. Every so often she would blurt out some crazy, grand idea, and then for the rest of that week, we would, more likely than not, be following her crazy plan. It was fun. Usually. Sometimes it became more effort than we expected going in.

Her idea of a multi-lane, drive-thru lemonade stand turned out to be a headache. Nobody could read our signs dictating that each lane had a different flavor, we ended up creating more lanes than the size of our group, and after purchasing his glass, the sheriff kindly suggested we close up shop and stop holding up traffic.

Most of her ideas were more manageable though. Usually it was things like going camping, volunteering at the animal shelter, or building a giant kite.

Her idea this time started off unassuming.

We all nodded our approval, and Izzy continued, "I have a radio from a few years ago. Concentrating the signal into a single direction should give it enough juice to shoot out into space."

None of us thought anything of it at the time. So, all that next week we began planning what messages we would send. Hannah wrote a poem in Latin, Greg looked up the galactic coordinates of our town, Bethany planned on speaking her life story into the microphone, and I decided to plug in my guitar and play a few Blink-182 songs into the transmitter.

The next Friday we all went over to Isabel's house and had fun messing around with her radio. That night we all slept soundly, glad yet another Izzy Idea was a hit.

It wasn't until a few years later that we'd realize the magnitude of what happened that day.

By now we were all mostly off at different colleges, in different states. Luckily it was summer break so most of the group was back home in our little town when we got the message from Izzy, "Guys! We have a problem. A BIG problem. Remember back a few years ago when we were messing with my old radio? Well, I was cleaning out some stuff, and.... and- I can't. I can't. Just come over. You need to hear it for yourself!"

That group text hadn't been used in years. No one knew what to say to Isabel's message. Finally, Jack's name popped up, followed by the words, "Alright. When's a good time to come over?"

Each of our stomachs dropped. We couldn't imagine what it was, but our friend needed us. We all got to her house as quickly as we could.

Once we were all there, Isabel got out the radio and pointed the receiver up at the window we sent our messages through.

"I- I just thought- I-" she was trembling and tears were starting to well up in her eyes. Bethany put her arm around her, and Izzy continued, "I just thought I'd turn it on and see. I didn't think anything would really happen. But- But.... Just listen..."

She turned the radio on. There were a few moments of silent static before a gargled voice began to speak;

"What is this?" Greg asked. 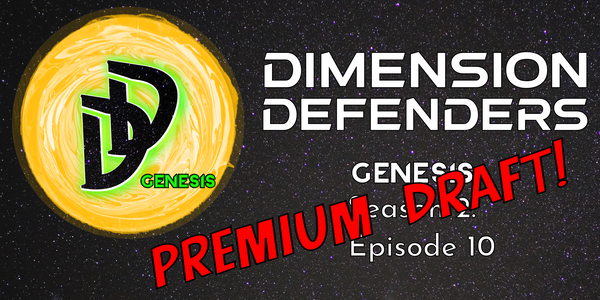 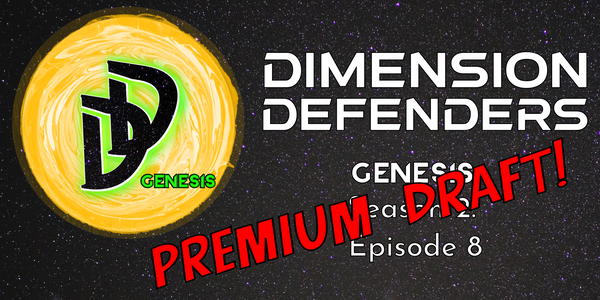